6. Job Titles
Keep in mind the difference between the IDVC and the PAC.

7. Legislative issues:
RAMP (Rapid Appeals Modernization Program)
WARNING:
a) Stated purpose to expedite claim process
b) No assurance of review by judges
c) If rejected there may be no appeal
d) If used cannot return to standard claim process
e) While claim is in RAMP process VA reserves right to adjust previous awards
VA is getting heavy pressure from Veteran Service Organizations to stop the RAMP process. We need to keep the pressure up and fix the law.
Discussion of various other Veterans legislation needed.

5. Job Titles
Mixing of functions
The “Board” outranks everything in a corporation
District Liaisons runs “ALL” (one voting liaison per district)

8. RAMP (Rapid Appeals Modernization Program)
WARNING:
a) Stated purpose to expedite claim process
b) No assurance of review by judges
c) If rejected there may be no appeals
d) If used cannot return to standard claim process
e) While claim is in RAMP process VA reserves right to adjust previous awards

Vets Barred from Iowa State Fair Parade for being Democrats 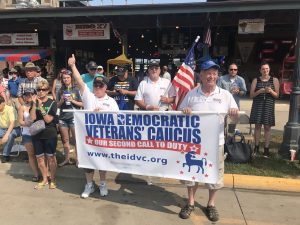 Members of the Iowa Democratic Veterans’ Caucus stand on the sidelines undeterred by the Reynolds administration’s treatment of them.

On Monday, August 13, 2018, the Iowa Democratic Veterans’ Caucus was supposed to participate in the Iowa State Fair‘s Veterans Day Parade. Unfortunately, Iowa Governor Kim Reynolds and her Department of Veterans Affairs decided Democrats aren’t welcome, and barred the IDVC from participating. She didn’t care that the IDVC has participated in the parade going back to 2008. She didn’t care that these men and women put their lives on the line to support and defend the Freedoms we all enjoy.

Despite being barred at the last minute by Reynolds Administration, the IDVC turned out at the Fair on to show support for their fellow service members. They gathered at the Iowa Democratic Party’s State Fair booth in the Varied Industries building immediately after.

Until the afternoon of Friday, August 10, the Veterans’ Caucus was planning on marching in the Veterans’ Parade at the State Fair, as they have done many times over the years including in 2015 under Governor Branstad.

They followed the correct application procedure, their application was approved, and they had already received their tickets and parking passes to participate.

Veterans’ Caucus leadership received a call from a Reynolds Administration official involved with the Parade on Friday informing them that they were barred from participating because they were a political organization. When asked to produce the written rules or record of a vote by the Board governing the Parade banning Veterans’ political groups, the official could produce neither. The official is not on the Iowa State Fair Board.

“Many Veterans choose to get involved in the Iowa Democratic Veterans’ Caucus because we see it as a way to shape the nation we fought to protect. Our motto says that this is our second call to duty,” said Iowa Democratic Party Veterans’ Caucus Chair Ron Healey. “By disinviting our veterans from a parade they have marched in for years, the Reynolds Administration is telling Democratic veterans that their service is worth less than others’ for purely partisan reasons.”

“This follows the Reynolds Administration’s pattern of retaliation against Iowans for politically disagreeing with the governor, but it is absolutely shocking that it would extend to our nation’s Veterans,” said Iowa Democratic Party Chair Troy Price. 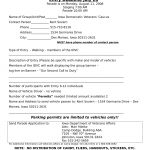 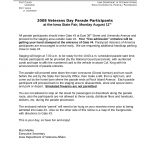 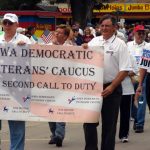 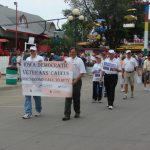 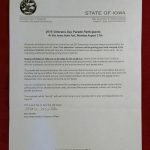 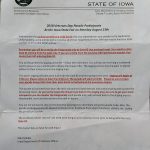 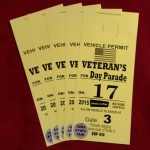 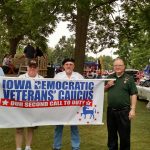 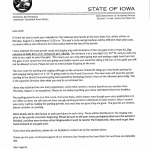 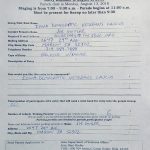 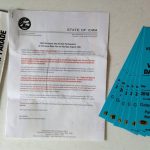 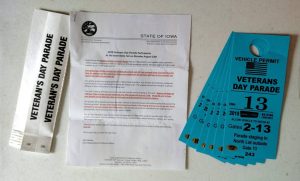 The Iowa Democratic Veterans’ Caucus will once again be marching in the Iowa State Fair’s Veterans Day Parade on Monday, August 13, 2018.

The IDVC has some Fair admissions wristbands and a few parking passes available, but supply is very limited. Contact secretary@theIDVC.org to RSVP.

Come show our Democratic Party Patriotism at this high-visibility event!

Thank you to all who ran, and to outgoing Chair Shelly Servadio and Vice Chair Mike Jesse for their efforts!